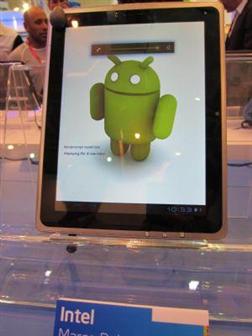 Viewing that the adoption of Android 4.0 has fallen short of original expectations and Microsoft will launch Windows 8 in the third quarter of 2012, Google is likely to launch Android 5.0 (Jelly Bean) in the second quarter and appeal for adopting Android 5.0 and Windows 8 in the same tablet PC, according to Taiwan-based supply chain makers.

Android 5.0 will be further optimized for tablet PCs, while Google will also integrate its Chrome system functions to push dual-operating system designs. Brand vendors can either choose to adopt only Android 5.0 or add Android 5.0 to Windows 8 devices with the ability to switch between the two OSes without the need to shut down the computer.

Through Android 5.0, Google also wishes to earn another chance to enter the notebook and netbook markets.

However, since Android 4.0 did not perform as well as expected, several of Google's downstream partners are turning conservative about Android 5.0.