Back in May 2011, there were talks around the Web of a startup called BlueStacks that had developed a native Android runtime environment for the Windows operating system. Traditionally, running Android software on a Windows PC involved emulation. The entire emultation setup would involve a considerable amount of performance overhead, and the outcome to ultimately produce somewhat undesirable results. BlueStacks was able to overcome this emulation performance barrier by building a native x86 Android runtime that runs on its own software stack and doesn't suffer from any of the lag associated with Google's Android emulator. 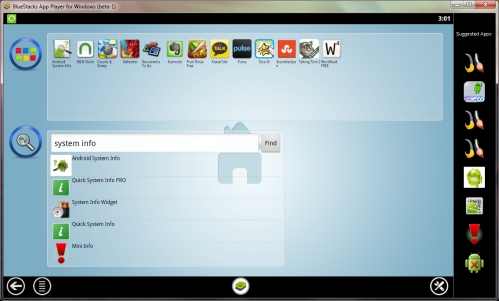 After a 3-month alpha test in mid-2011, the software is now available in a somewhat more polished beta form, including support for hardware-accelerated graphics on Windows PCs. Basically, the main value proposition of running BlueStacks on a Windows device is to perform basic emulation of Android apps. The keyword here is "basic," as most of the deep-level functionality you would expect from an operating system like Android 4.0 Ice Cream Sandwich is largely missing. For example, copying and pasting from the host device has yet to be supported, holding down the "Home" button to bring up a running apps menu is unsupported, and the main program window runs at a fixed tablet-sized resolution of around 1120 x 640. 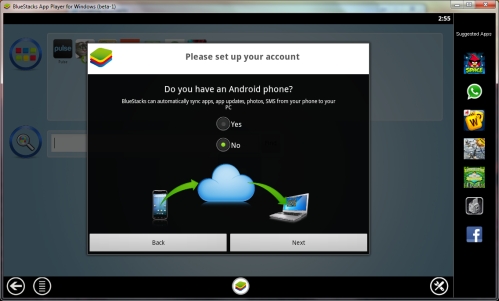 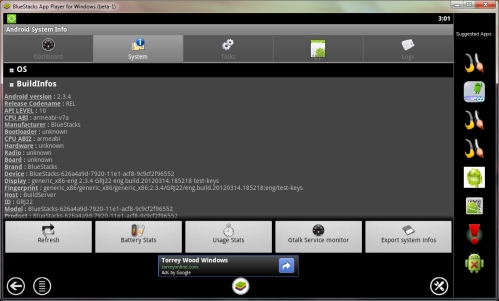 Of course, we were curious to see the System Information details after the emulator was installed. We downloaded Android System Info from the Android App Store and quickly discovered that BlueStacks is emulating Android 2.3.4 Gingerbread for ARM v7 processors (ARM Cortex-A, ARM Cortex-M, ARM Cortex-R). 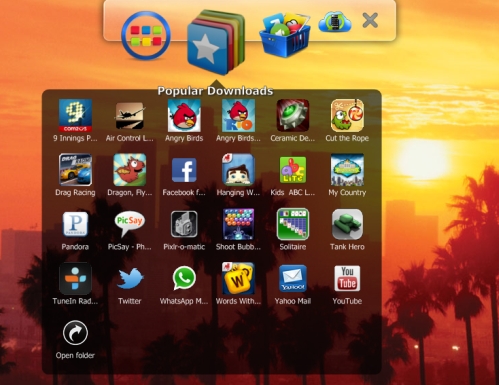 As an overall consensus, we believe BlueStacks is a big step for a startup. It is now possible to emulate over 450,000 Android apps on any Windows device, including x86-based tablets, server workstations and home-theater PCs. Company officials have stated that its engineering and software development teams are constantly working on making the application faster. For 3D apps to run faster, the company is dedicated to rolling out consistent updates to hardware-accelerated graphics support. Of course, the software will also be compatible with Windows 8 devices as it supports both traditional desktop and tablet interfaces. As such, we believe the company might have a very promising value proposition with ultrabook vendors in the near future.

BlueStacks 0.6.3 can be downloaded here.