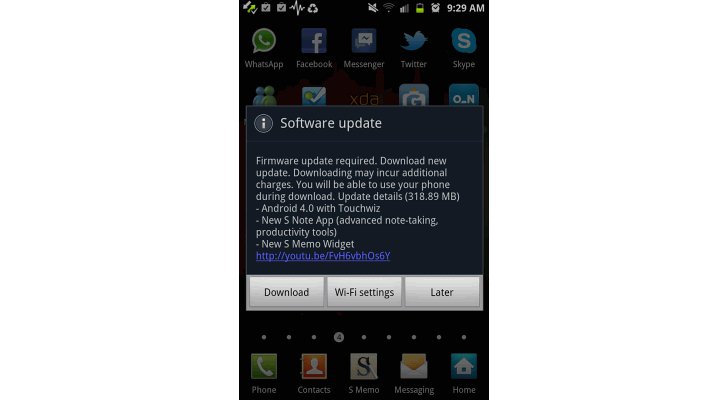 It looks like the long-awaited Ice Cream Sandwich update for Samsung Galaxy Note is finally over, as the rollout of the upgrade has just started.

Although we don’t have any official confirmation, the guys over at SammyHub claim that several users have already received the update on their Galaxy Note devices.

In addition, the update also includes a new S Note application, which is an advanced note-taking tool, as well as a new S Memo Widget.

It is also worth mentioning that the update is pushed OTA (over the air) and is about 320MB in size. Given the fact that Android 4.0 ICS for Galaxy Note is rolled out in stages, it might take a while until it reaches all countries.

If you are one of the lucky Galaxy Note owners who already received the update, please let us know in the comments. Don’t forget to mention your location.
via softpedia.